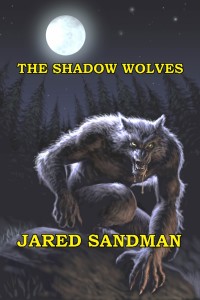 They are the Shadow Wolves, members of an elite unit that defend the border between Mexico and Arizona’s Tohono O’odham Nation.  They protect the reservation from both drug traffickers and illegal immigrants alike.  The secret to their success is the dark bond they share, for when the full moon blossoms they stalk the desert as creatures of the night.  Some call them werewolves, while tribal elders have an older word for them:  skinwalkers.

When a former FBI agent joins the team, he’s welcomed “into the pack.”  Scout Hemene revels in his newfound abilities, powers that someone like Hector Villalobos would kill to experience.

As leader of Mexico’s most vicious drug cartel, Villalobos wages war to destroy the shapeshifters.  The battle not only pits the Shadow Wolves against Hector’s violent gang, it also tests their loyalties to one another.

Which is more powerful, Man or Beast?