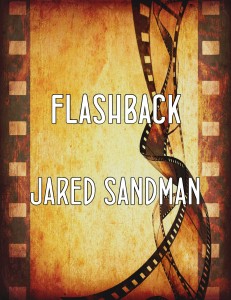 In the annals of Hollywood cinema, the name Gregory Kincaid is as synonymous with Jack the Ripper as Bela Lugosi to Dracula.  He portrayed the infamous serial murderer in half a dozen films, spanning a five-decade career filled with monster movies and sci-fi schlock.  Twenty years ago, weary of celebrity’s harsh spotlight, he withdrew from public life, never to be seen again — until now.

After a wartime accident seriously injures journalist Jenny Pearce, she turns her attention to reporting entertainment news.  More comfortable on frontlines than the red carpet, she jumps at the opportunity to track down the notoriously reclusive Kincaid.

The damaged pair forges an unlikely friendship, working together to write the actor’s memoir.  Except someone doesn’t want Kincaid’s tell-all all told, somebody who aims to protect secrets best left buried.  Fighting for their lives, Kincaid and Pearce are forced to unravel a murder mystery gone unsolved for over seventy years.